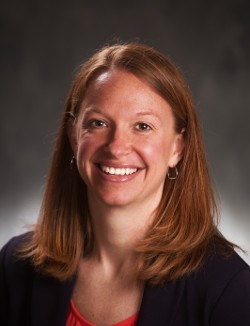 Lindsey Atkinson, a former high school volleyball coach and current coordinator of sports and tennis liaison at the National Federation of State High School Associations (NFHS), has been named to the NFHS administrative staff as director of sports/communications associate.

Atkinson rejoined the NFHS staff last year as coordinator of sports after serving in a similar position from 2006 to 2008. She has worked with the sports of volleyball, track and field, girls gymnastics and cross country, and has also assisted with NFHS programs for inclusion of athletes with disabilities. After rejoining the staff last year, Atkinson was selected staff liaison for tennis and has worked with state associations as well as the United States Tennis Association regarding rules and resources.

After graduating from DePauw University in Greencastle, Indiana, in 2002, Atkinson coached girls softball for two years and girls basketball for five years at New Augusta Public Academy in Indianapolis during the same time she served as an administrative assistant at the NFHS.

In 2008, Atkinson joined the teaching staff at South Putnam Middle School/High School in Greencastle. She was a health teacher for five years and served in various coaching positions, including two years as varsity volleyball coach at South Putnam High School. She also organized the elementary girls basketball program and was assistant girls softball coach. During her time as head volleyball coach, Atkinson led her squad to the Putnam County championship in 2009.

In addition to her bachelor’s degree from DePauw, Atkinson earned her teaching certification from Marian College in Indianapolis and her master’s degree from Kaplan University in Indianapolis. She is a Registered Athletic Administrator (RAA) with the National Interscholastic Athletic Administrators Association and a Certified Interscholastic Coach (CIC) with the NFHS.

“Lindsey has been a part of our staff for several years and has done an excellent job in working with our state associations in the area of rules and inclusion programs,” said Bob Gardner, NFHS executive director. “She has a good background in coaching and the sport of volleyball, and has been a tremendous contributor as a writer as well. We look forward to having Lindsey on our administrative team.” 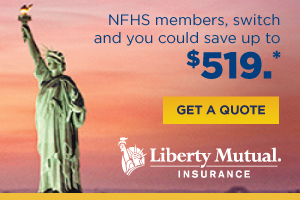 More Than Anything Else, Students Play Sports to Have Fun with Friends

Giving Thanks for This Year’s Return of High School Sports and Perfor.

Surveys: Reduction in Concussions, Improvement in Mental Health of Hi.